There it is, Red Platoon in all its glory. 52 soldiers, and that's less than half my infantry! Bwahahaha! Tremble and despair, enemies of the God-Emperor of Mankind!


In the taking of this photo, I realized that the Sergeant from A Squad and the whole of D squad still need to have their shoulder pads done. D'oh! Guess I know what I'm doing tonight...
Posted by Malcolm Wilson at 9:24 PM 6 comments:

Wow, it's been a while. If anybody cares, the delay was caused by swine flu, a new job at Rockstar and snapping the pin vice bit I need to make Yukoni lasguns. Anyways, I am still working, and here's proof: pictures of Red Platoon, finally complete. That means I know have almost half of my infantry done, and Green Platoon is almost completely built, even if I am stalled on them until I get to a Canadian Tire and replace that bit.

Their shoulderpads are numbered by gun, rather than by squad. Here's a detail on the loader for No. 2 Gun, complete with product placement for my wife's place of employment. 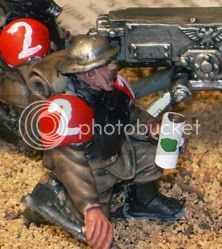 Here's the completed Command Squad for Red Platoon, a detail of the piper. Best tartan I've done yet. And yes, I know, that's not saying much. 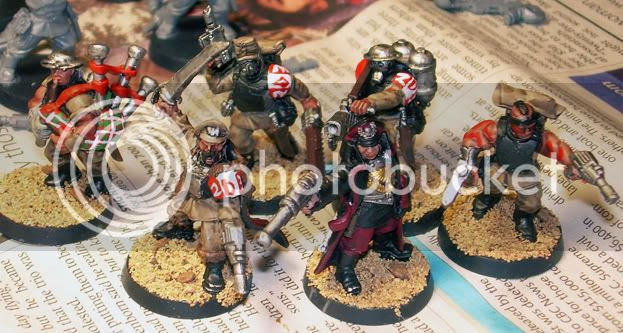 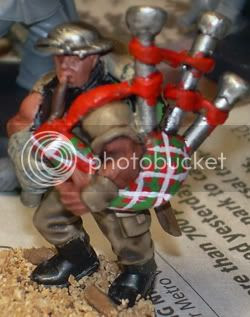 And, finally, the only mostly-built members of Green/C, the last I did before the snapping of aforementioned bit.

I'll get some pictures of the full platoon for the next update.
Posted by Malcolm Wilson at 7:41 PM 8 comments: