Well, meet Assault-Captain Lars Skargaard of the Griogaar Clan-Company of the Iron Hands Chapter. I'm pretty bitter about how the cape came out, and the backpack shows that I was getting frustrated and rushed towards the end, but I'm otherwise content. The face might get another wash, but other than that he's done. The Relic Blade was an experiment based on a method I saw on the GW site for painting Force Weapons, and I think it turned out decently. 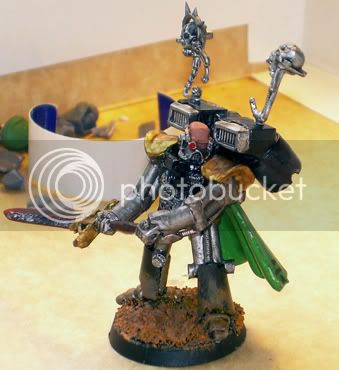 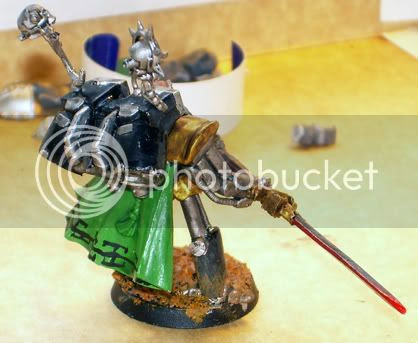 I'm actually relatively happy with the edging on the cape. It's about the best my shakey hands will permit. 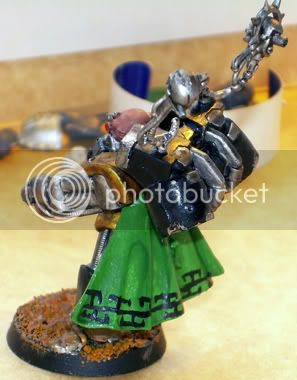 That weird smear thing on the cape is the result of something going wrong with the washing process, but that colour is about the third thing I tried and I was too frustrated to keep reinforcing failure so it'll have to get repaired later.


Just as a note on the basing... It's how I've decided to rebase all my Iron Hands, as it's much more interesting than the textured plasticard I have been using. It's already done on the Assault Squad I built earlier this week for the Captain to run with and I think it looks good with their glossy black.


Cheers for now. Next week, back to the Yukoni!
Posted by Malcolm Wilson at 3:05 PM