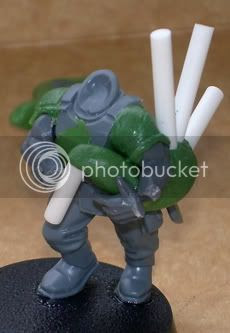 There's the piper, thus far. Still needs GS work on his hands and around the tops of the, uh...pipe...things...that come out the back of the bag. No idea what they're called, somewhat shamefully, but wikipedia informs me they're called "drones". All hail Wikipedia, giver of knowledge! I'm still not sure how I'll be doing the blowpipe yet, so I'm waiting until I find the head I'm going to use before I make that decision. 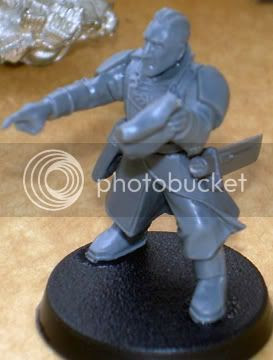 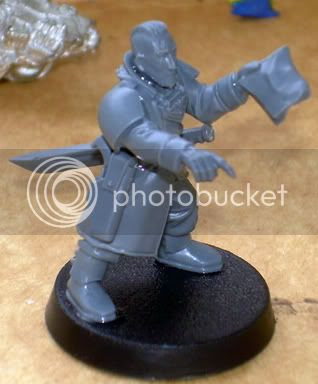 That's Captain Callum Stiles, 2IC of Dog Company. He'll be my Company Commander in games of 1500 points or less, at least for now, while Major Micheal Brown will take over in larger games. Stiles is a bit of a martinet, at least compared to his gruff adventurer of a CO, and I think the pose shows that off. He's almost unconverted, aside from his sword which still needs some GS to hang it from his belt, and he needs some facial hair as its the Yukoni way. I'm thinking a thin mustache, like he'd really rather be clean-shaven and is just doing the bare minimum of manly facial hair.


And speaking of the Major, I prepared a few pieces for him, though I'll need another Command Squad box before I build him properly. Can you guess who he'll count-as? 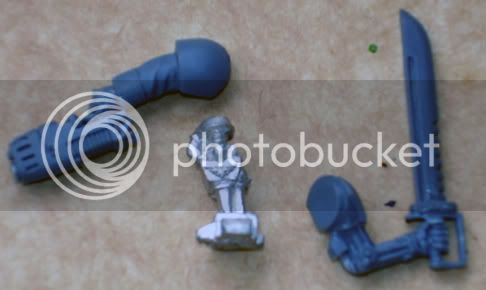 Posted by Malcolm Wilson at 6:04 PM