The city expands. I think I've got enough for a full board now, with a variety of sized terrain pieces, from craters to woods to buildings. I think I'd like to make some proper trenches, now that I think I've figured out how, and maybe some more craters. Then I'll move on to do some special pieces, like that cathedral or an [i]Enemy at the Gates[/i] fountain.

First up, the woods. The trees on these are from a craft store Christmas village collection. My mother-in-law saw them for cheap post-Christmas and gave them to me. They're about exactly the right scale, so I just glued them to some templates for area terrain. I figure every city has some green space. 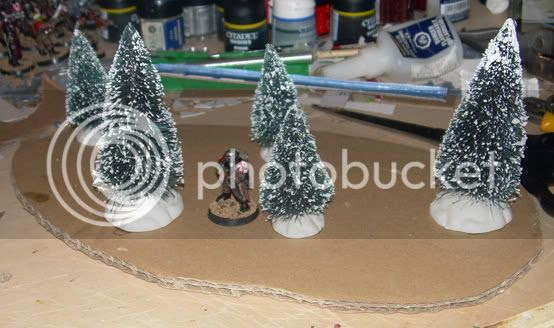 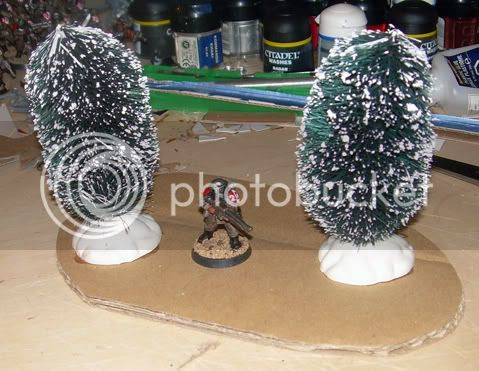 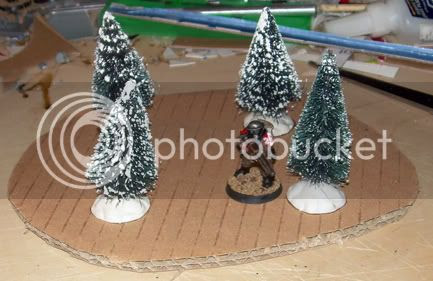 All the bunkers, including the one I just made. 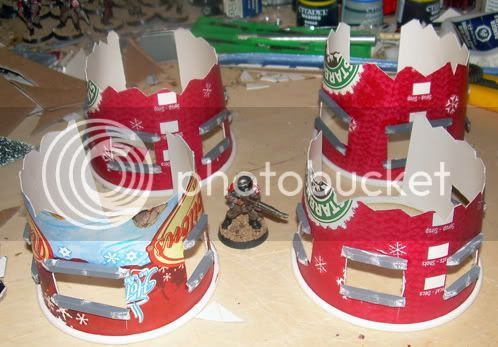 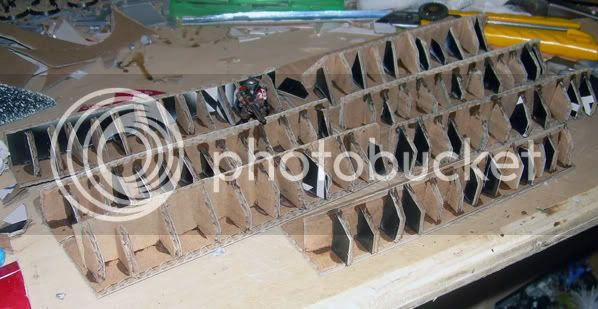 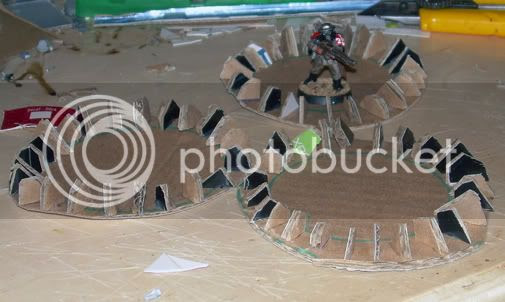 One of the three new buildings. I decided to make this one a little more damaged, like it's taken direct artillery fire or something. 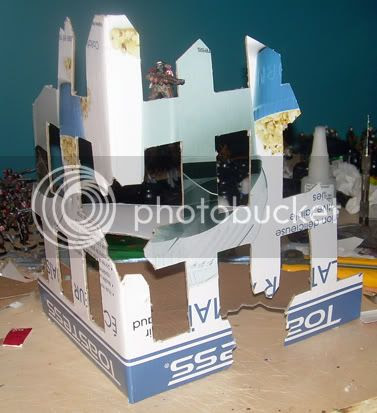 The second building, mate to the previous one. 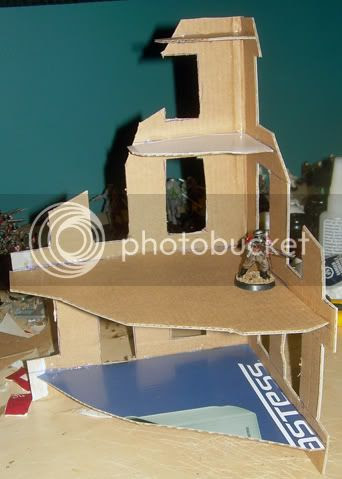 And the third building, mate to the large one in the last post. 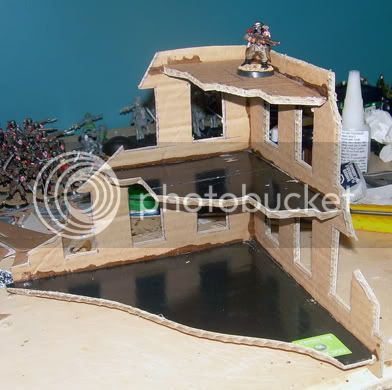 Now that I think about it, the fountain is totally going to be next. I'll save the trenches until I'm going to play a game that needs 'em.
Posted by Malcolm Wilson at 11:15 PM