They've got good heads on their shoulders.

Tragically, the sun is gone and the lighting in here is terrible, so the pics are worse than usual.


First up, the assembled piper. I did the blowpipe with GS, and I think it turned out alright.

The heavy bolter squad is almost done. I'm still not sure what to do for the base on No. 1 Gun, as using only sandbags with need a lot GS. I think I'll have a root 'round the bitz box and see if I can turn up something. 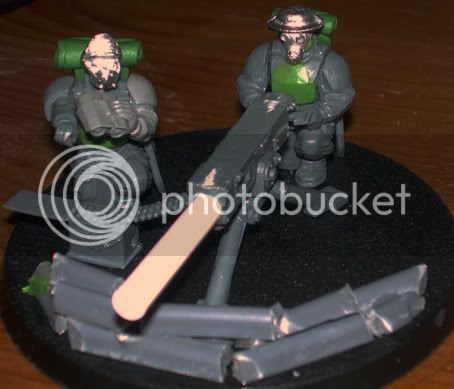 No. 2 Gun, with the gunner yelling at the loader to hurry up and load. 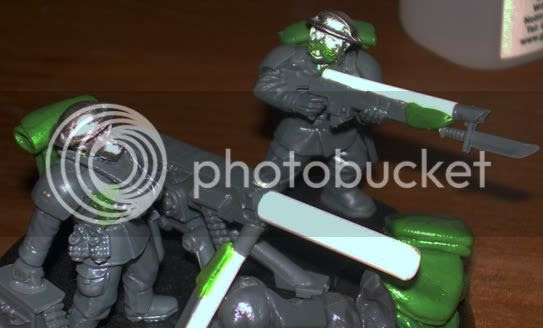 The sandbags I made to complete their makeshift cover. 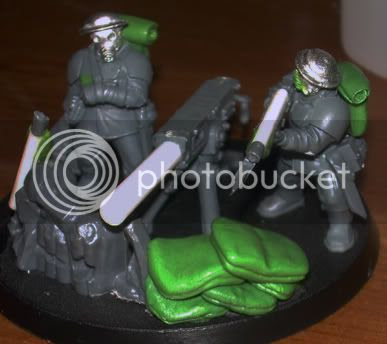 And No. 3 Gun, with a much more relaxed loader having a cuppa after filling sandbags. 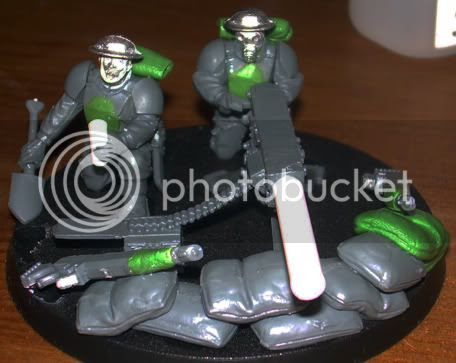 Finally, I started working on Green/C. I'm posing them as though they're hurring across the field, while the meltagunner and a couple others pause to provide covering fire. To this end, I reposed a bunch of legs based on the awesome Drogan 22nd Voltigeurs over on the Boot Camp by Digits. They mostly turned out well, though one or two could be better. Ah, well, I'll know better next time.

Posted by Malcolm Wilson at 8:11 PM