Despite the sabbatical from power armour I'm on, the campaign I'm playing in at my FLGS is being graced by my Iron Hands since the Yukoni aren't ready for prime time yet (though reinforcements are incoming, I swear). After going 1-2 last time, I decided my Iron Hands needed some new leadership. Thus, this jet-packing, relic-blading Captain. I thought I'd grab some pics before I ruined him with paint. 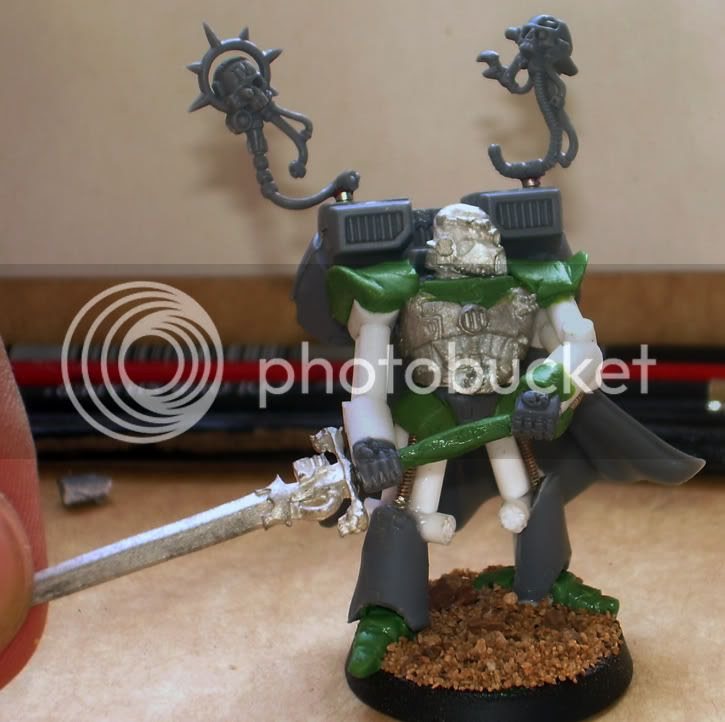 The jet pack and servo-skulls are magnetized, with the servo-skulls acting as his wound counter. Here's a shot of the components, though the torso will be glued to the legs after painting. 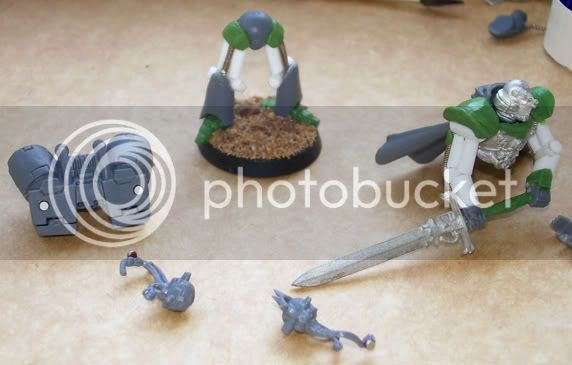 Posted by Malcolm Wilson at 2:01 PM