A full army shot, at least the army thus far:


What are the War Orphans? These guys: 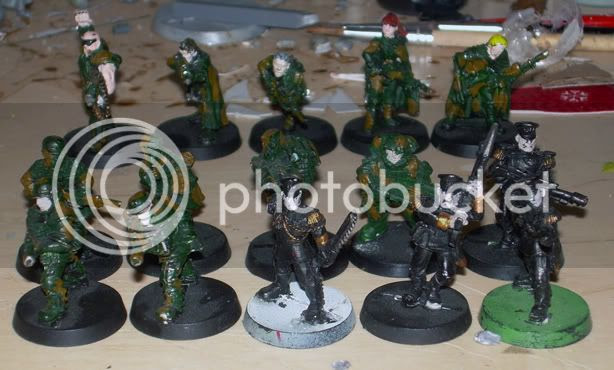 They're the various metal Guardsmen I've collected over the years. I have zero idea where any of them came from, so I probably got them in various bulk bitz I've bought from people. Two Steel Legionnaires, four Mordians, four Tanith, one Catachan Sergeant (possibly one of my favourite models ever, the dude with the shades, bolter and cigar. I'm going to give him a Tilly Hat to make him 110% awesome.), two old metal Cadians and two old metal Storm Troopers. I'm thinking of using them as members of a Battalion of Detachments, nicknamed the "War Orphans", to quickly bulk up the numbers until I can buy more Cadians.

And, finally, I realized I hadn't done a workspace picture. Here it be: 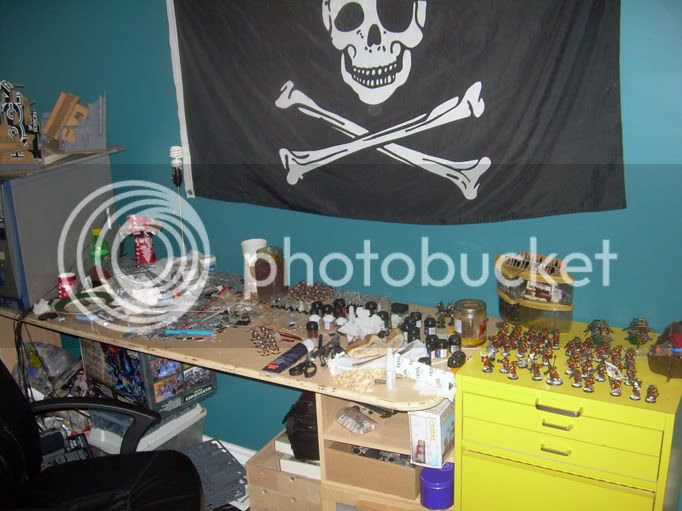