The Armour of Carboard

I have fortifications! Along with further proof that Starbucks is awesome (as if we needed more proof...)


Defense Tower. It kind of reminds me of the castle towers in Samurai Jack... Once I've got MDF I'll give it a proper base and some razor wire and rubble barricades around the bottom. 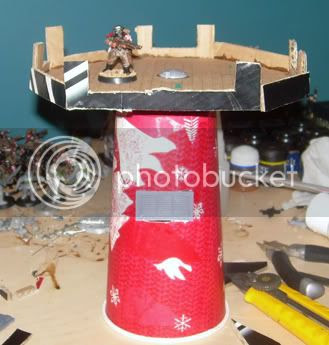 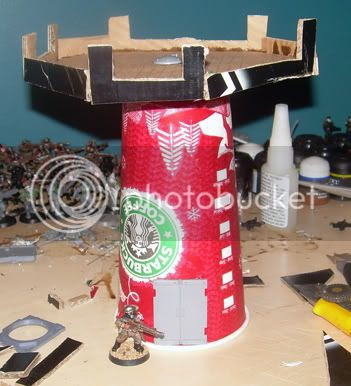 I made the platform large enough to comfortably fit three Heavy Weapon team bases, and about twenty Guardsmen (or Marines, or any other man-sized model I would assume) fit up there. It's a little over six inches tall, but I figure it can be treated as though a full turn's movement can take a squad from the base to the platform.


A bunker! I want all my towers to be the same height, and since my wife gets grande instead of venti I had to find something else for this cup. Thus, a small pillbox/bunker thingy. Again, fits a Heavy Weapon base snugly. I saved the top half of the cup, and I think I'll use it as the centre of an [i]Enemy at the Gates[/i] style fountain/statue, because there's always one. 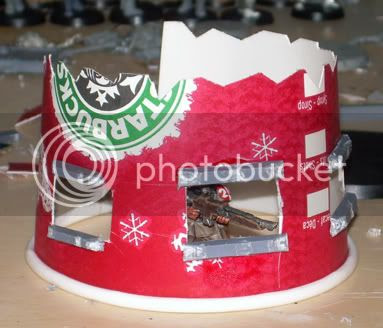 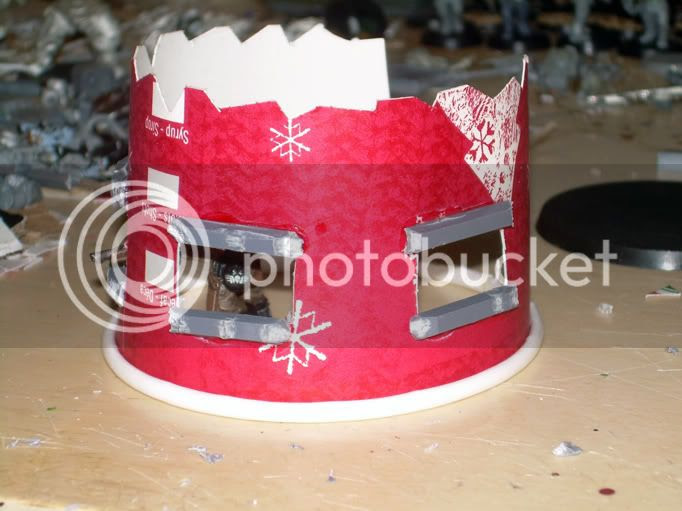 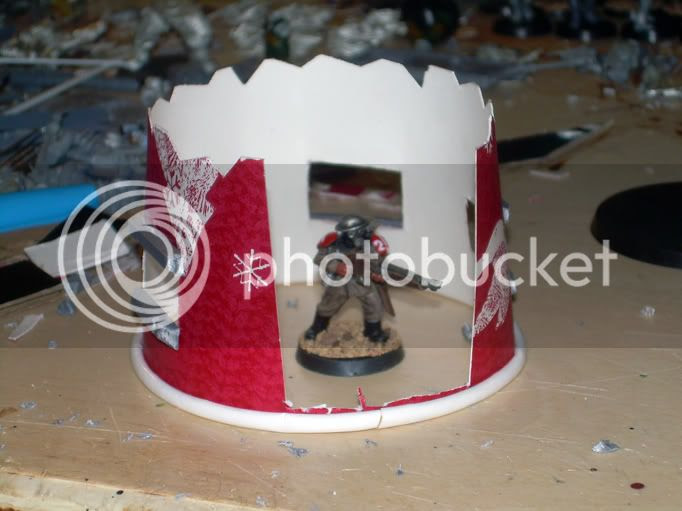 Defensive barricades/mini-trenches. I couldn't do a proper trench, so I knocked these together. Once I have some kind of putty or something less expensive than green stuff I'll fill in the fronts. 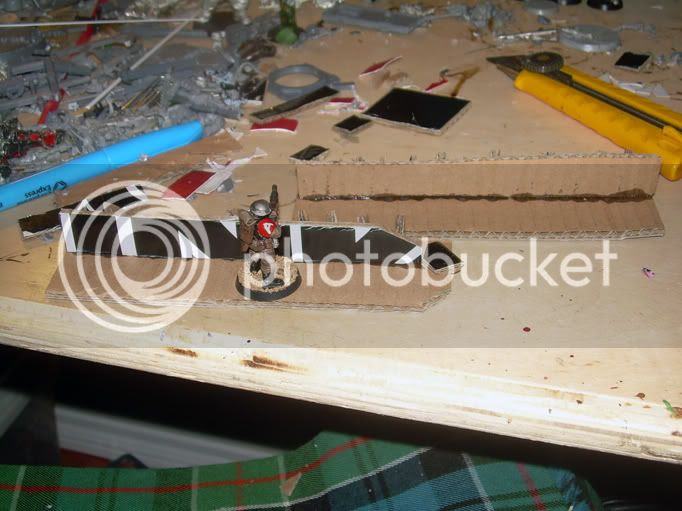 And the barricades with the bunker. I forgot to crop this one, and the last one apparently, so you get a guest appearance by my knee. ;) 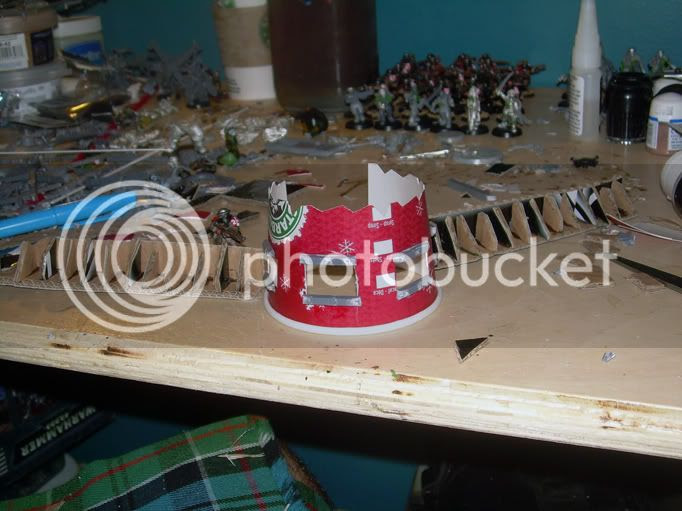 Posted by Malcolm Wilson at 2:25 AM