I've decided that I'm tired of mooning about the internet, thinking "I should build some terrain someday", and just to build some. That said, I'm more interested in getting enough stuff built to be able to play with, without resorting to the Book Pile of Doom and hopefully be able to get some variety. I've got a ton of cardboard boxes lying around from the last move, plus a lot of bits I've been saving over the years.


On to the pictures!


A Manufactorum. I got this kit for my birthday a year or two ago, and only finally built it properly a couple weeks ago. 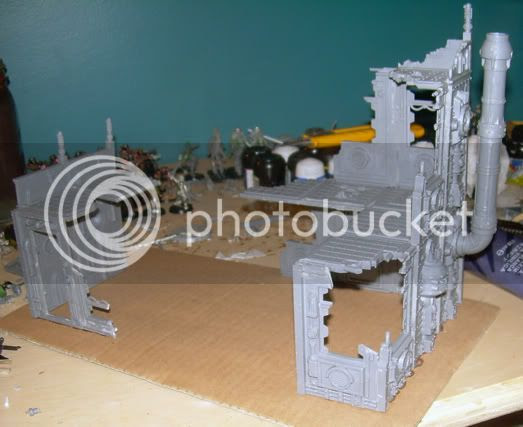 A bunker. It has a removeable lid. I patterned it roughly on the templates in the 4th Ed rulebook. 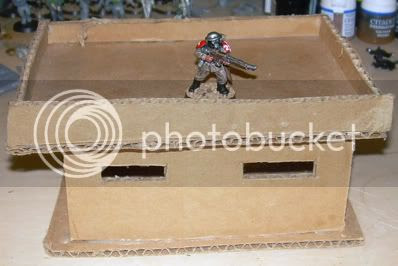 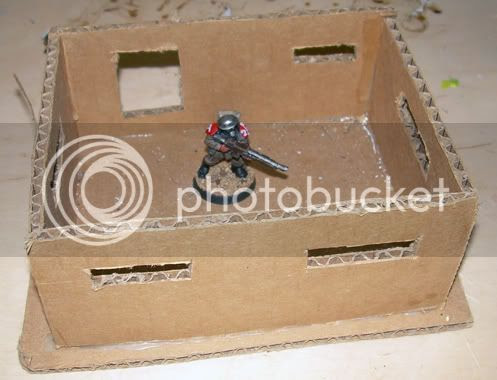 A small ruin. The broken floor is new (to me, at least). I only just noticed it while taking the pictures, but I think I'll work with it as it adds a nice touch to the piece. 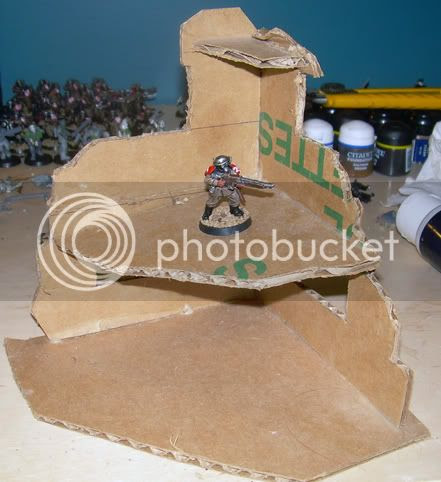 The above ruin's mate. This one got some CoD bits I had left over from the Manufactorum to spruce it up. 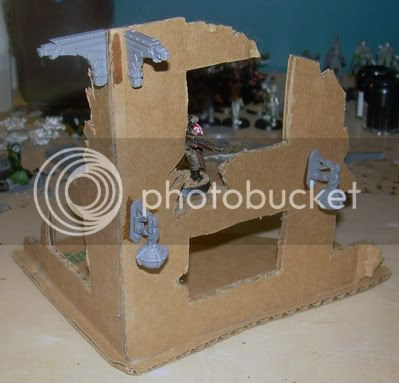 A big ruin, again patterned on the template in the back of the 4th Ed rulebook. 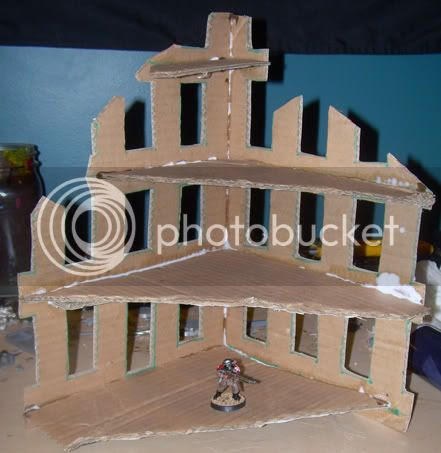 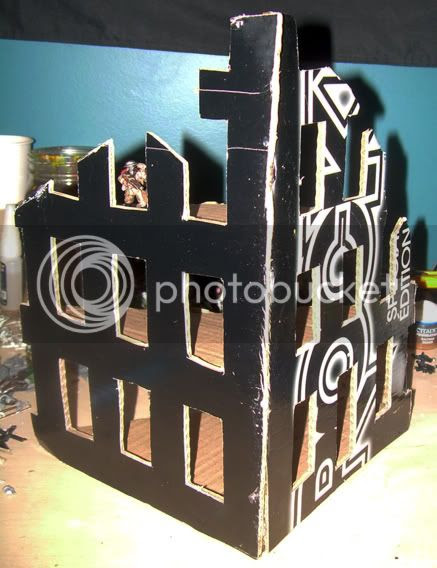 So, yeah, that's the city so far. They're very plain, and unpainted, and they're likely to stay that way until I've got enough to do a good table, at which point I'll probably come back and do a second pass to add rubble, gubbins, etc.

Any suggestions for what to do next? I was thinking the remains of a small church.
Posted by Malcolm Wilson at 9:48 PM